In January 2021, Usunhome Group and China Oriental Performing Arts Group signed a strategic cooperation and project cooperation agreement in Beijing. Starting with "Only This Green" and "The Forbidden City", the two sides will work together with the Palace Museum to carry out comprehensive and in-depth practical cooperation and jointly explore a new model of integrated development of culture and museum, literature and art, culture and tourism. Jing Xiaoyong, Party Secretary and Chairman of China Orient Performing Arts Group, Qiu Wei, Chairman of Usunhome Group and Chairman of Usunhome Cultural Development Company, and other leaders and relevant responsible persons of both parties attended the signing ceremony. On the same day, "Only This Green" project construction group will be held in Beijing, the production of the drama is progressing in an orderly manner. 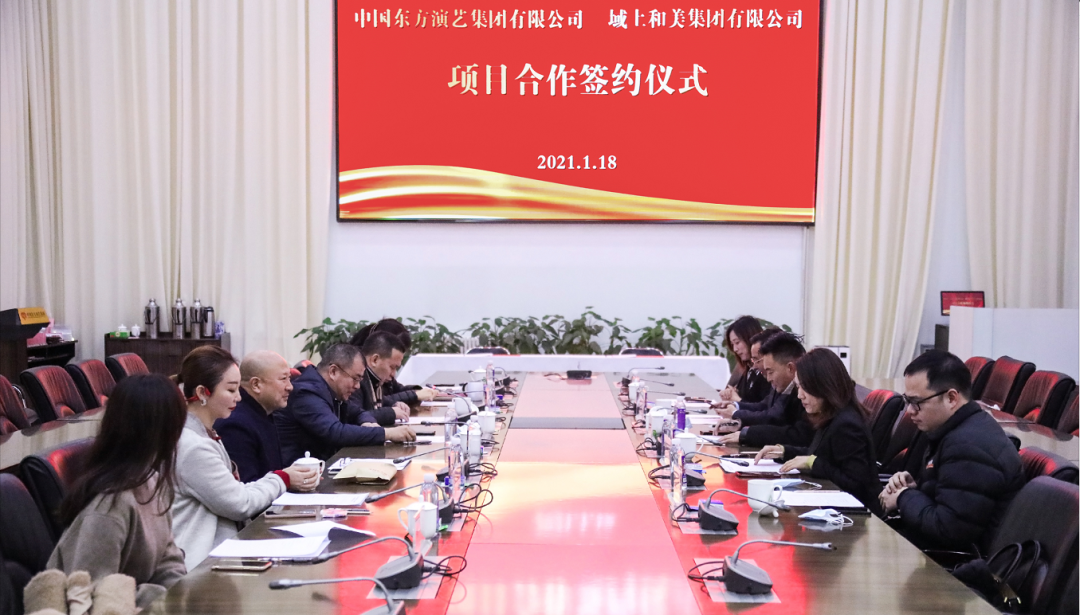 On the occasion of the 100th anniversary of the founding of the Communist Party of China, Usunhome Group and China Oriental Performing Arts Group will jointly launch a series of stage works that can represent the artistic orientation and artistic quality of the "national team" in the new era, offering a tribute to The Times and the people. In the future, the two sides will also in the performing arts theme park, performing repertoire product, project investment, scenic block operation, literary talent training, the digital development in areas such as full depth cooperation, create classic saint, speak good Chinese story, achieve win-win development, strive to become the leader of state-owned and private cultural enterprises cooperation to promote the excellent demonstration text brigade fusion process.