The 17th China (Shenzhen) International Cultural Industries Fair was held in Shenzhen International Convention and Exhibition Center from September 23 to 27. On the opening day of the event, the Propaganda Department of the CPC Central Committee held a symposium on the development of high quality culture. At the meeting, Guangming Daily and Economic Daily jointly released the 13th "National Top 30 Cultural Enterprises" list. Usunhome was once again nominated as one of the "Top 30 National Cultural Enterprises", becoming the only private cultural enterprise in the western region to win the nomination for three times. The company has won high recognition from all walks of life in boosting the high-quality development of Tibet's cultural and tourism industry and innovating the practice mode of promoting rural revitalization. 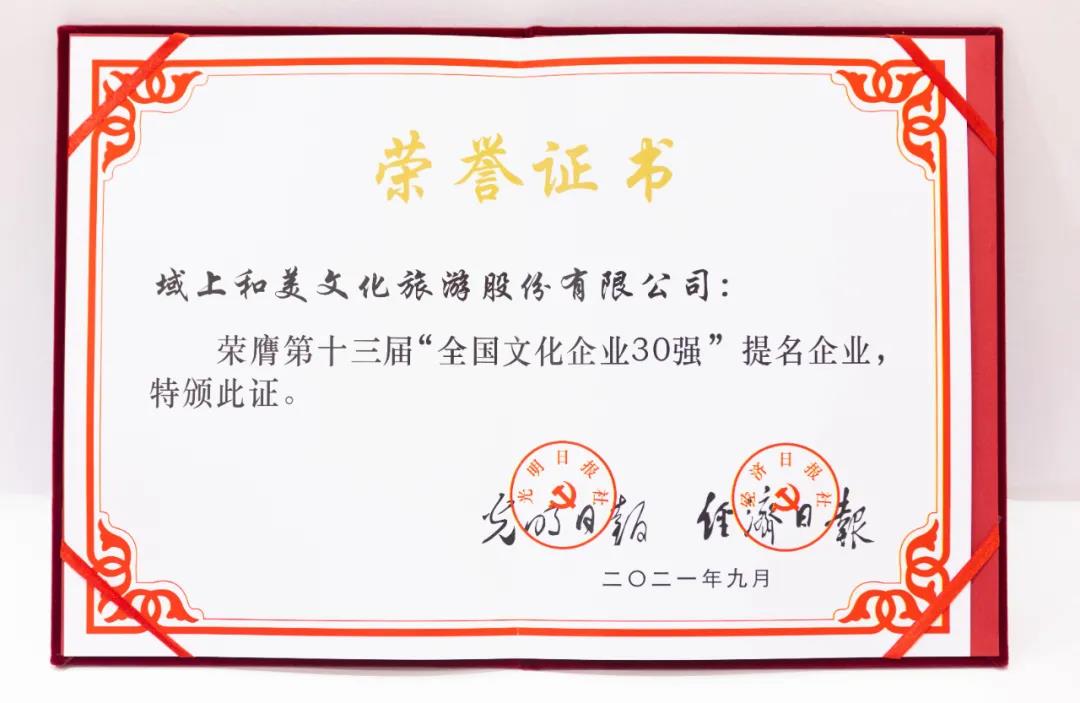